My GPS For Life

SportCares youth reveals how football sets him on the right path 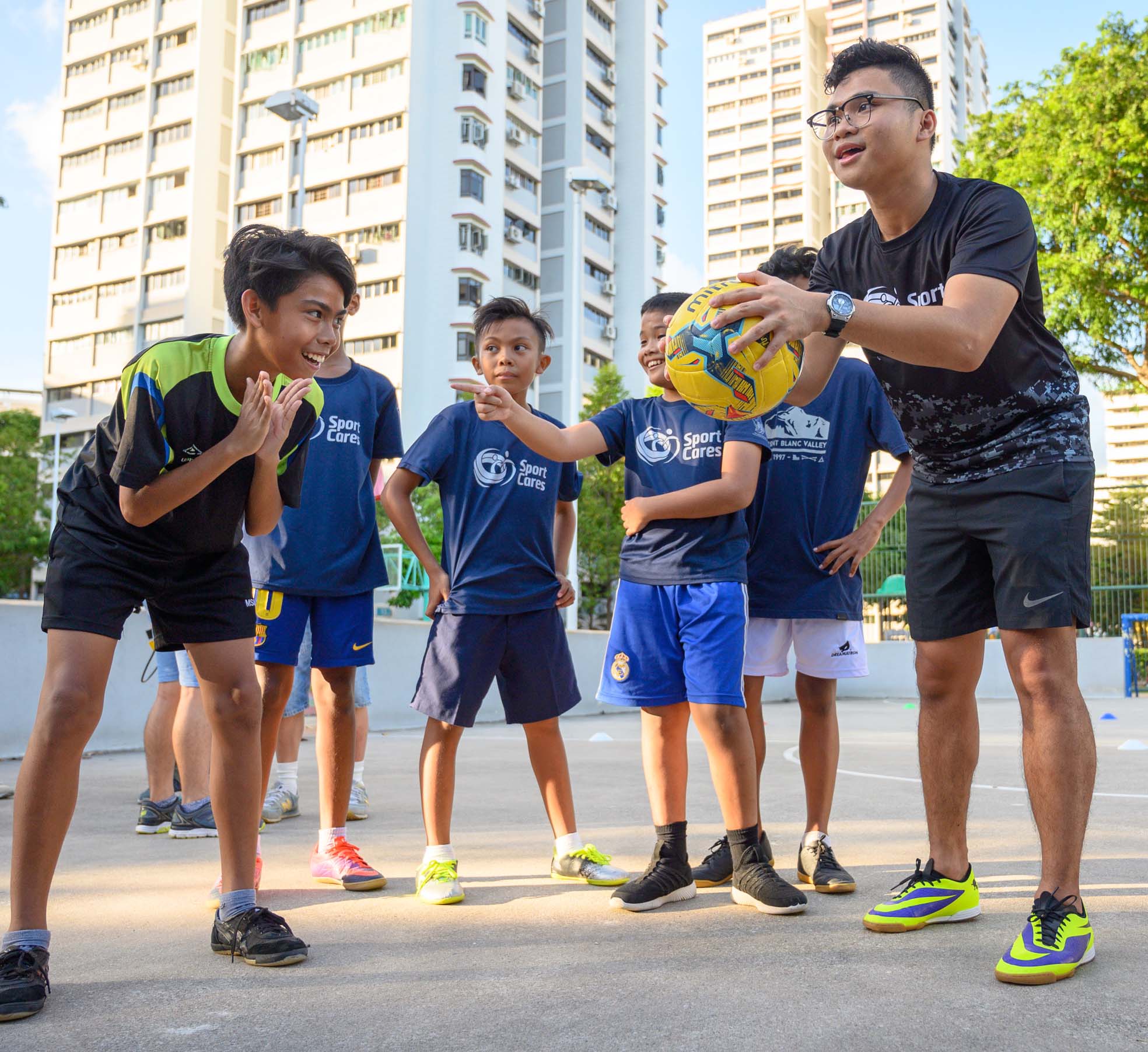 The jarring whistle rang through the air. On the field, visible anguish on one side contrasted ecstatic cheering on the other.

Rafiqin stood on the losing end. Yet dejection wasn’t on his mind.

“I used to think winning was everything and really hated losing. But now I don’t hate it that much. Losing helps me learn from my mistakes. I can reflect on my mistakes and then target and improve those areas.”

SportCares sat down to talk with Rafiqin, a graduating student from ITE College West who is also a footballer from SportCares Saturday Night Lights (SNL) programme. We started off by asking him how life had been so far.

“A rollercoaster - full of ups and downs,” he replied.

Having been an avid fan of football from a very young age, he was unfortunately unable to play in primary school as football training clashed with extra classes because of his dyslexia.

After his PSLE, Rafiqin enrolled in Northlight School. It was there that he joined the school’s football team, and subsequently SNL.

On his time at SNL, Rafiqin candidly likened his team to family, and his football coaches to parents. The relationship, however influential, had its “tug-of-war moments” between a teenager’s whims and fancies, and his coach’s nagging to think about the future, on values like punctuality, integrity and respect. He reminisced how his coach would make them do extra laps if they were caught fighting; how after training, he would hold everyone back and lecture them.

The nagging did not sit well with him then, but on hindsight, he realised that these values helped to direct him towards the better future that he wanted.

“They (football coaches) used to be my GPS, guiding me onto the right path. And now I have my own GPS because of them.”

Where Rafiqin found stability in his SNL team, he also learnt to deal with life’s uncertainties. Football, with its many opportunities and experiences, has kept Rafiqin grounded, given him a sense of direction, and the drive to achieve his goals.

“Without football, honestly, I would probably be off slacking somewhere.” 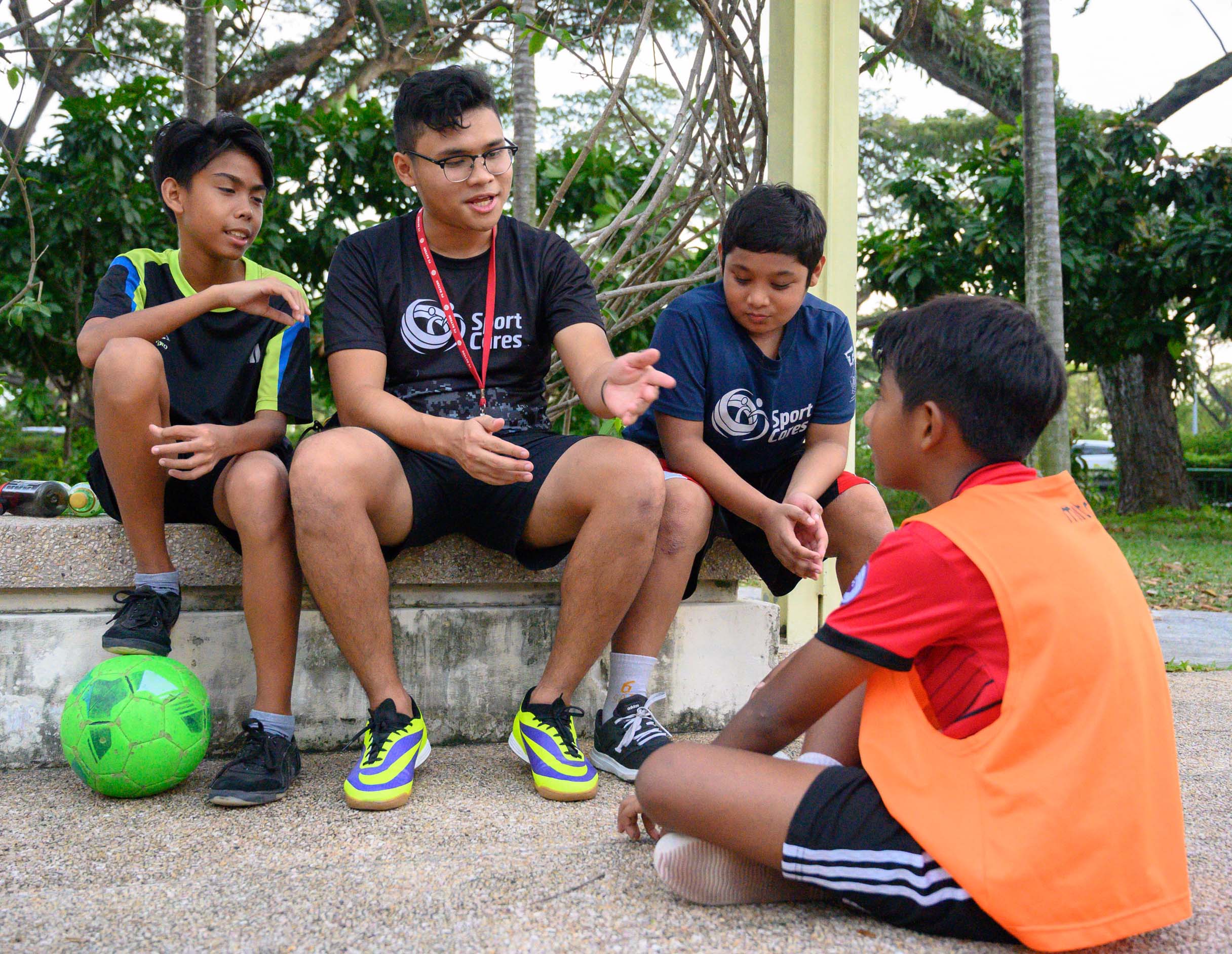 Rafiqin is now a budding coach with SportCares’ Community Futsal Programme. Working with children from diverse backgrounds, it is a challenge that he has embraced, and one that has made him more patient and accepting.

Like a parent himself, he speaks fondly of his players.

“Nabil used to cry whenever they lost a game,” he shared. “But I remembered what my own coach told me and passed it on: It is not all about winning. Losing can be a good learning experience too.”

His love for football and his never-say-die attitude has proven infectious – The team he coaches recently won a competition, and he proudly showed a picture of the little champions.

No matter where one’s GPS takes you, Rafiqin is proof that care will always come full circle.

“I’ve learnt so much from my football coaches – it only feels right that I give back to the community by passing on what I’ve learnt, so I can be a GPS for others.”