An inspiring finale to our 10YA HEARTS Football League 2022

A group photo of all the teams and invited guests present at Woodlands Stadium. Photo: Ministry of Culture, Community and Youth.

After months of planning, 11 weeks of matches and 581 goals, we concluded our inaugural 10YA HEARTS Football League 2022 with a prize-giving ceremony this evening at the ActiveSG Woodlands Stadium with our guest of honour, Mr Edwin Tong, Minister for Culture, Community & Youth and over 500 supporters comprising SNL players, families, friends, and partner representatives of SportCares.

The ceremony hosted various teams from the top of the league table, honouring them for their hard work. We also presented awards to players and teams with inspiring records on the field, covering Golden Boot (Individual), Golden Glove (Individual), Sportsmanship (Team), and Fair Play (Team) categories.

The 10YA HEARTS Football League was set up to provide youths from vulnerable backgrounds with opportunities to play in a competitive setting and build positive interactions with the community.

Held in conjunction with our 10th year anniversary, the league saw the participation of 20 Saturday Night Lights (SNL) teams and five invited teams made up of SportCares’ partners and stakeholders, competing across the three league categories.

The evening also saw the title-deciding match for the Men’s Open category between SNL Alumni and District West United, with the former taking all three points at the final whistle. After the game, we spoke to 27-year-old Muhammad Fadhil Ishak, a former SNL participant and now a SportCares youth coach and SNL Alumni’s player-coach. 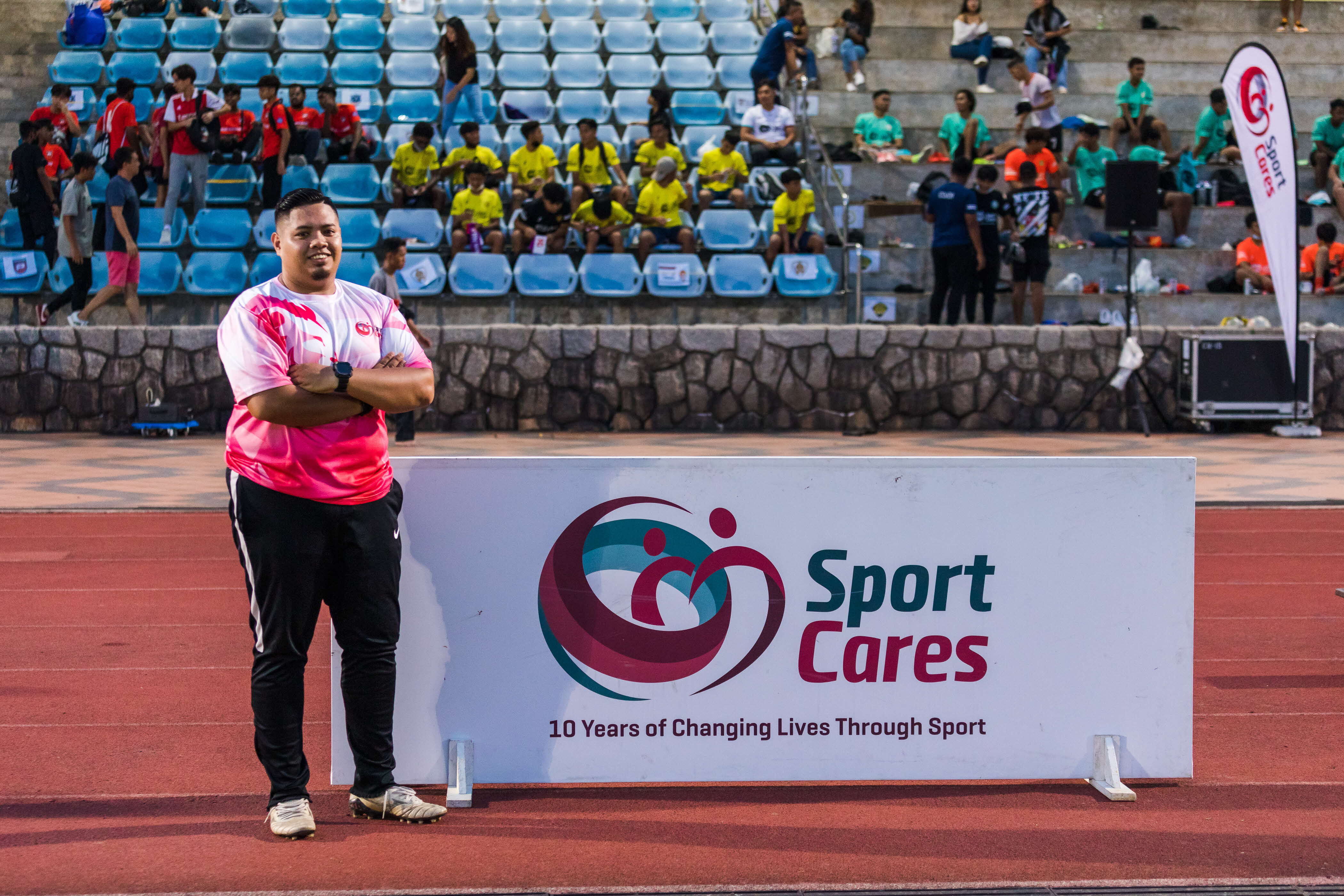 Beaming with joy, Fadhil said, “SNL gave me a lot on the pitch, and it prepared me for life off the pitch too. The weekly sessions, training and access to football were something that I could not afford as my family needed to prioritise other needs.

“Through SportCares’ Youth Coaching Development Pathway, I am now able to give back by coaching other youths.

“Today, as a player-coach, I am thrilled that my team had reached the finals. Throughout the HEARTS League, we pushed through each match more determined and instilled in the players self-belief, that with hard work, success can be achieved.”

Mr Marcus Tan, Chief of Sport Development Group, Sport Singapore, who oversees SportCares and is the organiser of SportCares 10YA HEARTS Football League, added, “Over the past few months, the HEARTS Football League has provided youths from our flagship Saturday Night Lights football programme the opportunity to practice what they have learnt during their training, from technical skills to values, in a competitive environment.

“In SportCares’ 10 years, we have seen the benefits of leveraging team sport to build communities of care around youths from disadvantaged backgrounds, and today’s performances indeed show how our constituents have grown from strength to strength over the course of the programme.

“Today’s event affirms our commitment to continue providing safe, fun, and positive sporting environments for our constituents, working together with community and corporate partners, coaches and mentors to uplift the lives of people through sport.”

With the conclusion of the league, we now bring our focus to the next and final event to celebrate ten years of changing lives through sport, our 10YA dinner on 19 November 2022.

In the meantime, we leave you with the list of award winners and the top three teams of each category of the 10YA HEARTS Football League.